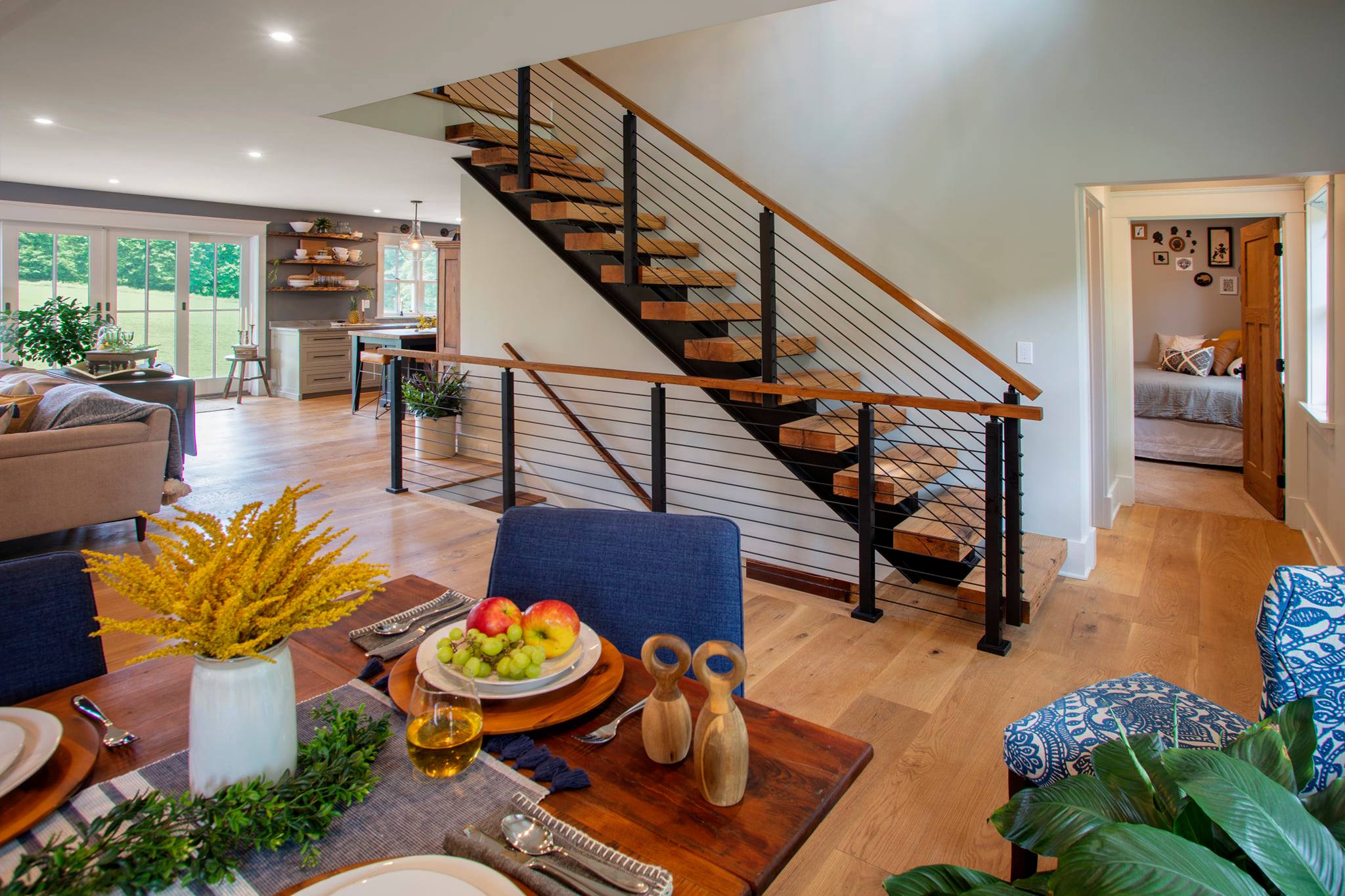 Originally built to be a village creamery in the late 1800s, this centuries-old property has a storied past. During its 133 years on this slice of land in Bedminster, the homestead has seen few changes, but most even it’s purchased by it’s current owners in 2017.
Working with the Brett King Builder team, plans were drawn up to completely renovate the entire home.
One item that needed immediate attention was dealing with the close proximity of the creek. Extensive waterproofing was completed and natural drains were installed under the concrete floor in the basement to ensure there would be no future water issues on the lowest level.
They replaced all the windows and doors and created a new entryway. The existing home was designed with the front door leading directly into the basement.
On the far left of the home they constructed an addition to the original 1887 building. The addition was added to give the house a clear main entrance into the home, with a front porch, that now leads directly into the main level of the house. This addition provided space to add a laundry room, mud room and powder room. When it functioned as a village creamery, it was probably more convenient to have the entrance directly into the basement operation. Interesting that no future owners modified the home with a new entryway.
The current homeowners desired to incorporate natural wood throughout the house. White oak flooring was installed throughout the main level of the house.
Wherever possible they added natural wood materials to the renovated spaces or used repurposed wood and wood beams to honor the history of the property. While the living space was once dark and chopped up with clusters of rooms, an open-concept design was created by the team. What was once five small rooms was transformed into a newly appointed kitchen, living room, and dining room.
Adding to the open feel is the wall of windows and sliding doors to a patio, bringing in natural light. With the open floor concept and all the added light, the main floor was totally redefined.
In the dining room area, flowing from the kitchen and family room, the staircase to the second level was reconstructed. The stairwell was enlarged and opened up to the 2nd floor to bring in morning light from the front of the house.
The staircase was rebuilt using reclaimed red oak beams for stair treads and black powder coated rod-railing. The handrail was fabricated and crafted out of original rafters taken from the existing creamery rafters. A unique and interesting feature was the addition of a sliding barn door, along a back wall, creating a unique visual separation to the room beyond. This barn door was hand-crafted from 2 inches thick spalted maple weighing approximately 250lbs.
The second level master suite was redone by adding three large dormers to the back of the house to create an expansive master suite with a sitting room. In this space, they repurposed materials from other areas of the house. Original rafters were used as decorative ceiling beams within the sitting room, which leads to a balcony overlooking the stream.
In the master bathroom, a custom vanity was built with white oak and reclaimed white oak accent rails, finished with mahogany wooden pulls. A reclaimed beam was installed above the vanity to create a ledge for the mirrors over each sink. In this space’s renovation, they incorporated reclaimed wood and wood beams to infuse a touch of rustic, while conserving materials and preserving the history of the property.
With the property’s history, it really all began in the basement. The intent of the designers was to preserve as much of the original basement as possible and redefine the space to still feel old. In this lower level, they were working with raw space pretty much as it was during the creamery years. This was an unbelievable makeover. During the renovation, they found remnants of machinery from the original creamery, like the butter processor. Remnants of the original stone wall, made from local field stone, were also evident. The stone walls were covered with 120-year-old horse hair plaster. The horse hair plaster was removed and cleaned and repointed to show off the 133 year old stone. Also original to the space was the load-bearing beam that was kept in place and exposed within the basement.
After completing the waterproofing and natural drains, they poured a new concrete floor in the basement. For a finishing touch, they antiqued and polished the concrete floor, to act as the finished floor for the lowest level of the creamery. Now, what was once a creamery, is a cozy family room surrounded by original stone walls and imaginings of what it once was.
With vision and an appreciation for the charm and history of buildings from the past, the renovation of this property by the Brett King Builder team was a dream come true for the homeowners. 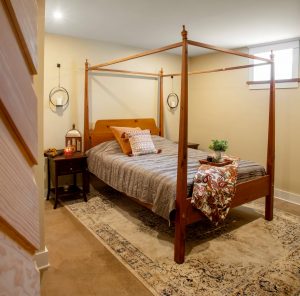 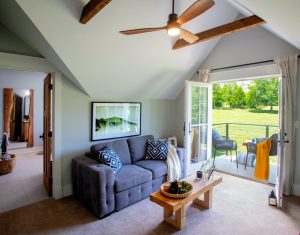 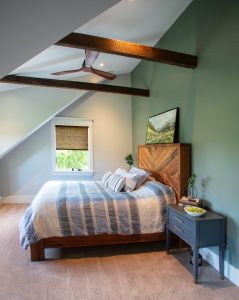 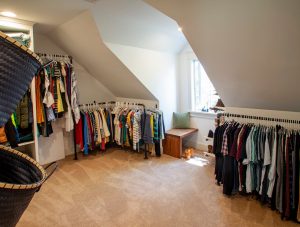 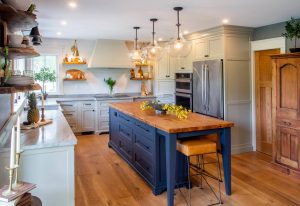 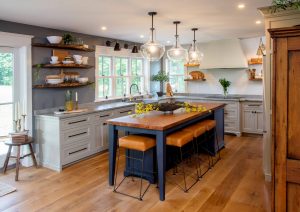 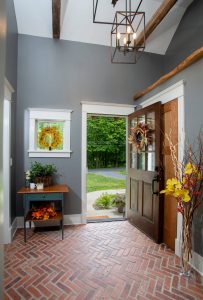 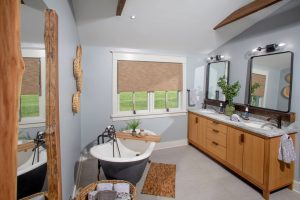 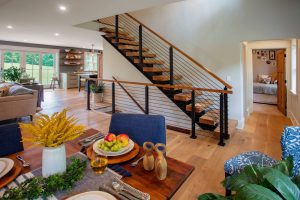 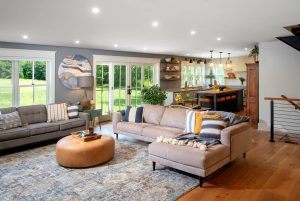 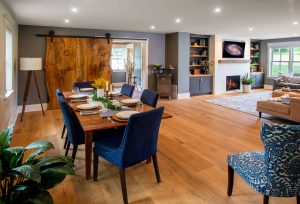 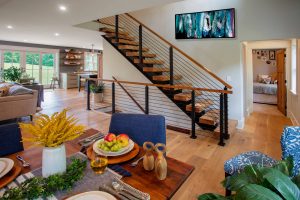 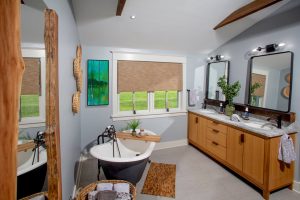 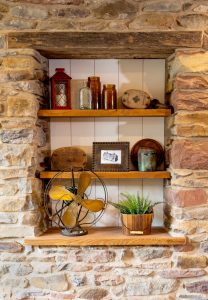 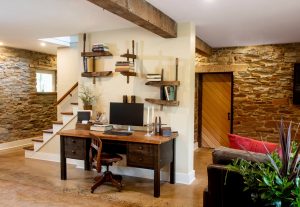 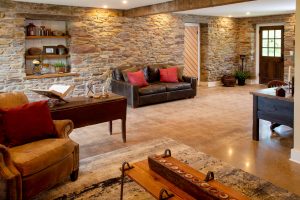 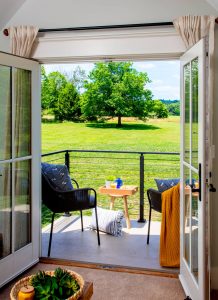 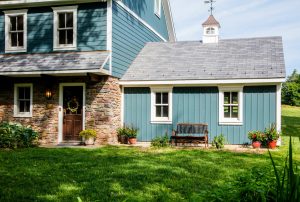 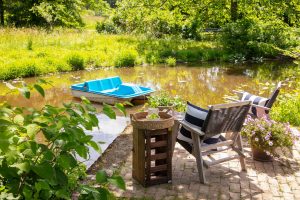 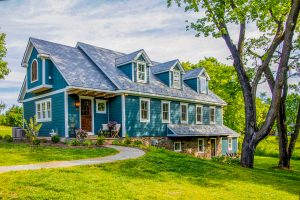 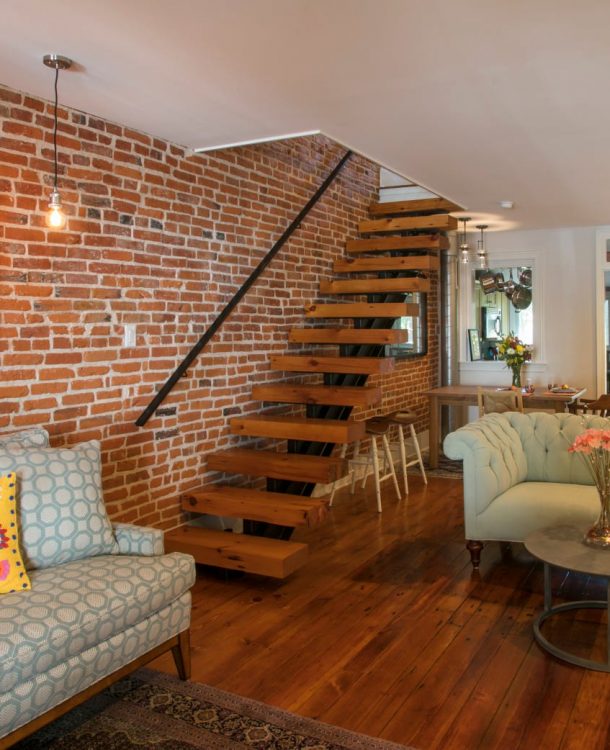 Huge impact on a small space 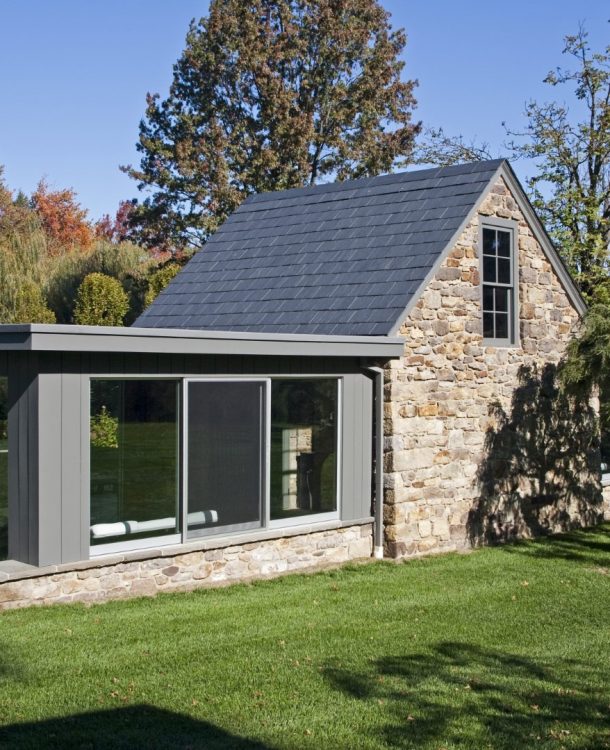 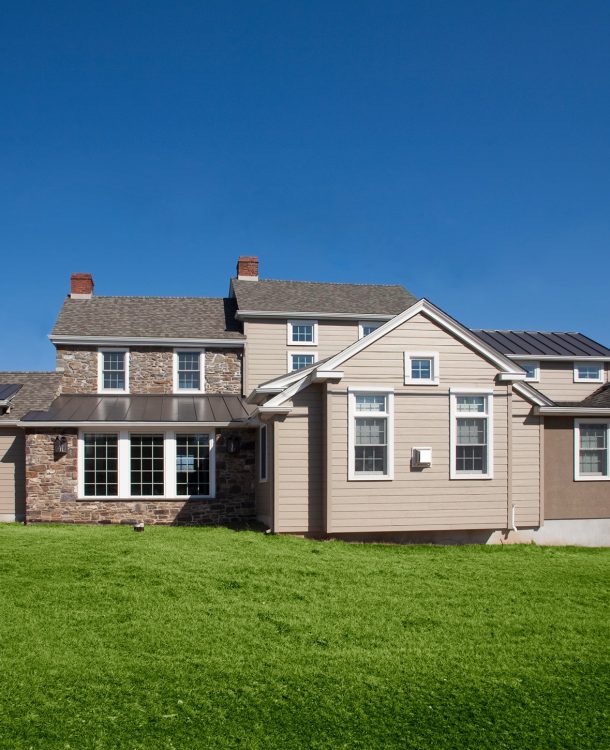